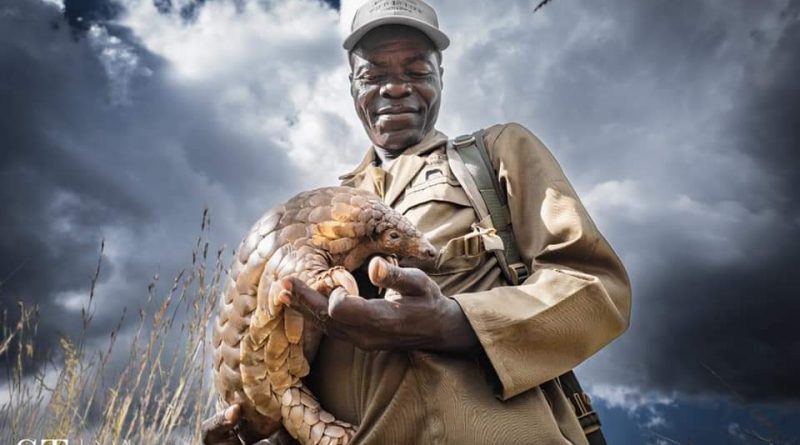 A hill with an imposing protruding rock stands on the outskirts of Village F, a small farming community in Zimbabwe, about 50 kilometres south of the eastern border city of Mutare.

A small perennial river, Nyadziye, meanders leisurely around the hill, which is known locally as Buwesunike.

Dense trees surround Buwesunike Hill, and a plethora of bird species chirp excitedly in the undergrowth.

For years, this hill has been a nesting place for a small group of southern ground hornbills.

In this part of the country, southern ground hornbills—identified by their unique jet-black feathers, bright-red throats, and large black beaks—are considered sacred.

Farmers in this area say the birds bring in the rains and herald the start of the farming season.

In the local Jindwi dialect, farmers call these giant birds mariti; in other dialects, they are known as matendera.

Killing them would anger their ancestors, the farmers believe, resulting in droughts for the whole community and bringing serious misfortune to the offender.

A mix of beliefs like these, taboos and myths, passed orally from generation to generation, has been at the centre of wildlife conservation in many parts of the Zimbabwe.

While these taboos are not grounded in scientific explanation, they have helped to protect and preserve some of country’s endangered wild animals and birds from poachers—including the southern ground hornbill.

Poaching and destruction of habitats of animals and birds by farming and other activities are growing issues in the country.

Tensions around conservation have risen particularly in communities living near wildlife conservancies and game parks.

However, Indigenous groups under traditional chiefs, including Zimunya and Marange in eastern Zimbabwe, have found other ways to limit hunting and activities that harm the animals.

Local traditional leaders—village heads, headmen, and chiefs—strictly enforce the limits and taboos and impose heavy fines on whoever is caught breaking them.

On the rare occasion a villager breaks the taboos, they are brought before the traditional leaders’ courts and forced to pay for the violation in the form of livestock: cattle, goats, sheep, or chickens, as well as grain. In some cases, the fines are used for the revered rainmaking and thanksgiving ceremonies or wildlife conservation projects in the area.

“Indigenous knowledge systems have been used and are still being used to preserve and conserve wild animals,” he says.

“There are certain trees which cannot be cut down.

These knowledge systems involve taboos, values, and norms which are followed in many rural communities.”

Following White colonial rule in Zimbabwe, which ended in 1980, he says some communities discarded their traditional ways of wildlife conservation.

“The advent of the so-called Western civilisation in our country affected our cultures in many ways,” he says.

“But we are working hard to sensitize these communities through a multifaceted approach.”

In Village F, though, residents held on to their reverence for the southern ground hornbills.

“We jealously protect this nesting place,” says Nicholas Mukundidza, a farmer and beekeeper at Village F.

“As you can see, we don’t cut down trees here. Instead, I have put my beehives to protect these trees,” he says, pointing to several wooden beehives scattered on trees in the thick forest.

Mukundidza took me on a short hike through a heavily wooded path to the edge of Buwesunike Hill.

But on this particular hot afternoon, the southern ground hornbills could not be found.

“I’m sure they have flown out to forage for food. They can spend a couple of days out before they come back,” he says.

A recent study reveals that southern ground hornbills have now disappeared from some parts of Africa as a result of human activities, including habitat destruction, indirect poisoning, and electrocution, as well as trade in live birds and use in traditional cultural practices.

But for over 40 years, Mukundidza has been farming close to Buwesunike Hill.

He says he has never seen or heard of anyone trying to harm or kill the birds.

There is no proper research done on traditional methods of conservation in this part of the country.

However, a study done at Zimbabwe’s Nharira community of Chikomba district reveals that conventional strategies of conserving wildlife and forest resources through fencing the protected areas or imposing fines on trespassers usually creates disputes between locals and the forest and wildlife management authorities.

“When compared to conventional strategies, the [Indigenous knowledge] approach is better as it avoids such conflicts and requires less state resources for enforcing laws to protect wildlife and forest resources,” the study says.

In Chikomba district, local people believe poachers in the sacred Chirozva and Daramombe hills can be chased away by bees, wild animals, or snakes, the study documented.

“In other instances, mishaps such as prolonged dry spells and reduction in crop yields may befall the entire community,” the study adds.

“Key informants further reported that the convicted individuals [for breaking the taboos] are forced to pay fines in form of a livestock or buckets of grain to the traditional leaders.”

However, Sharon Mushure, one of the researchers involved in the study, cautioned that there are weaknesses too: Fires started by villagers can threaten habitat, and the lack of documentation of traditional beliefs makes them vulnerable to disappearing.

Elsewhere in the Mutare district, leaders rely on traditional beliefs to protect pangolins, known here as harakabvuka or haka.

Geofrey Rugohwo, a traditional leader in Chitora, says it is a serious offense for anyone to be caught with a pangolin, let alone kill or eat it.

“This animal is important for us. It’s a highly respected animal and cannot be killed by anyone in this area.

If a person kills or eat it, that person will face the wrath of our traditional leaders or the spirits of the land,” Rugohwo says.

Experts say very little is known about the status of pangolins in Zimbabwe, but they are thought to be in decline.

More than four decades ago, the pangolins were placed on Zimbabwe’s Specially Protected Animals list.

A recent report by Earth.org reveals that worldwide, more than a million pangolins have been poached for commercial use over the past decade.

Although the forests in this part of country are still home to a number of pangolins, Rugohwo says it is uncommon to find these reclusive and nocturnal mammals.

A sighting signifies a long life or a chance for greatness, says Mutambirwa.

“We don’t know how many pangolins are in this area, but we still have many.

“It’s our duty to protect them for future generations,” Rugohwo says.

“We have very few cases of outsiders coming to poach the animals here.”

Rugohwo says if a person kills a pangolin in middle of the forest without being caught, that person will ultimately be punished by the spirits of the land.

“The offending person will suffer from various curses or misfortunes, which will only be broken if the person surrenders himself or herself and confess to the traditional leaders and pay a heavy fine,” Rugohwo explains.

A local story tells of two men believed to be from Zimbabwe’s capital, Harare, who tried to smuggle a pangolin from the area.

They had to abandon it after it started making weird noises as the duo were driving toward a police traffic checkpoint.

This story amplifies the mysteries and trepidations surrounding pangolins.

The Zimbabwean government supports efforts like those in Village F and Chitora.

Any person convicted of the unlawful killing, possession of, or trading in any protected animals gets a mandatory jail term of nine years, or more for second offenders.

“Our common agenda is to protect wild animals, and we work with the communities to protect the animals,” says Tinashe Farawo, a spokesperson for the Zimbabwe Parks and Wildlife Management Authority.

“Our relations with these communities is like that of the fish and the water.

“We rely on them for information on what is happening and what needs to be done.

“As long we are working well with the communities, the cases of poaching will go down.”

Ultimately, Farawo says local communities are the ones responsible for wildlife day to day.

“They’re the ones who stay with the birds, and they are the ones sharing boundaries with these animals.

“They’re the custodians of the wild animals.” – yes! 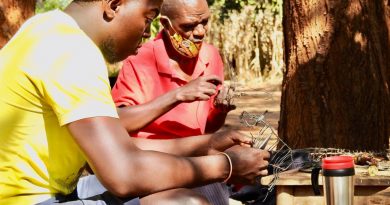 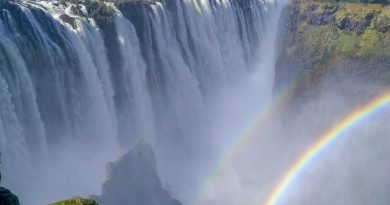 ‘A tourist’s guide’: Top 10 things to do in Victoria Falls 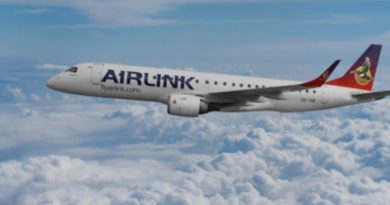