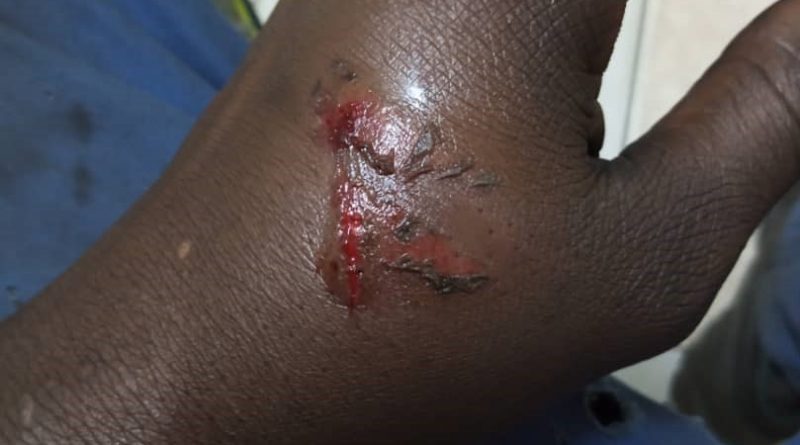 Twenty-seven-year-old Kudakwashe Nengomasha says he is struggling to live with the humiliation of being assaulted by his former work supervisor in front of friends and workmates over a minor dispute.

Nengomasha, who was employed as a machine operator at the Chinese-owned Zhong Jian mine in Hwange, Matabeleland North, until January 12 this year when the embarrassing incident took place, said besides the injuries, the assault was a gross attack on his dignity.

According to his workmates, Nengomasha was viciously attacked by his Chinese supervisor only identified as Zhuang, following a dispute.

Zhuang is alleged to have started splashing him with water and when Nengomasha tried to challenge the provocation, he was viciously attacked.

Contacted for comment, Nengomasha said he was still traumatised to relate the incident and the subsequent ordeal he went through after he was summarily dismissed from his job following the incident.

However, his former workmates were willing to tell his story.

A month-long investigation by The Standard in collaboration with Information for Development Trust (IDT), a non-profit organisation helping journalists probe corruption and bad governance in Zimbabwe and Southern Africa, revealed that the abused machine operator’s shocking experience at the hands of his supervisor was not an isolated  incident at the Chinese- owned coal mines in and around Hwange.

A number of victims have come forward to narrate a wide range of abuse cases and flouting of labour laws at the two foreign-owned coal mines in the province.

Nengomasha’s ex-employer, Zhong Jian is a Chinese- owned company that has been operating a coal mine on the outskirts of Hwange since 2018.

The Hwange area has seen the mushrooming of Chinese owned coal mines since 2017 after the government dished out special grants as part of its strategy to grow the mining industry to US$12 billion by 2023.

Zhong Jian, whose operations are primarily open cast coal mining, has an estimated 300 workers according to workers’ committee representatives.

A member of the workers committee who spoke on condition of anonymity to protect his job and that of Nengomasha, who is now employed by another Chinese – owned coal mine, said the brutal assault was a tip of the iceberg.

“It was at 12 noon during our lunch hour when Kudakwashe clashed with our supervisor at the water point.

“The supervisor started splashing him with water without any provocation and Kudakwashe pleaded with him to stop,” he said.

“In anger, Kudakwashe tried to retaliate, but the supervisor got agitated and started pelting him with stones.”

The workers’ committee member said Zhuang then seized his badly injured subordinate and pounded him with fists, until his workmates intervened.

Zhuang is alleged to have ordered Nengomasha to leave the mine premises immediately and he reported the assault at Hwange Police Station before going to St Patrick’s Hospital to seek a medical report which, he said, was handed over to the police.

On January 13, Nengomasha was again heavily assaulted by the same supervisor after reporting for work, according to the union leader not named for fear of victimisation. This was despite an existing police report.

The investigations also revealed that Zhong Jian’s human resources department advised Nengomasha to report the second case to the police.

Zhuang is yet to be arrested for the crime according to police sources.

Matabeleland North police were evasive when reached for comment.

“I am not allowed to comment on such sensitive issues regarding foreign nationals and our internal officers,” Banda said.

Workers at both Zhong Jian and Zimbabwe ZhongXin Coking Company (ZZCC) said the cases of assault are common, and have on several occasions gone unreported as workers fear losing their jobs.

Another worker, who spoke on condition of anonymity, said the extent of assaults at the companies varied and the contributing factors, according to workers, are based on racial differences and language barriers and “is a way used by their superiors to relieve stress”.

“Somebody can be hit for failing to understand basic Chinese words, especially this guy who assaulted Nengomasha is in the habit of mistreating people on such grounds,” the worker added.

“They also insult people after getting frustrated because these guys (Chinese) have their own way of doing things so they get frustrated when we apply our skills, even though the results will be the same.

“To them it becomes a problem that many of us have paid for and we have kept quiet because if you challenge them, you are immediately fired.”

In November last year, an employee at the company’s welding department allegedly sustained a fracture on his thumb after being hit by a grinder and during his off sick days, he was informed by a supervisor that he should not bother to report to work anymore.

Efforts to reach out to the victim were, however, fruitless as he called off the interview a few minutes before it was set, saying he feared for his safety.

In the mechanical department, another worker was said to have been electrocuted while switching on the generator to wash company cars.

Witnesses said the worker was rushed to a local hospital where he was admitted for two weeks, and when he came back, he was told by his superiors that his services were no longer required.

In addition to the injuries-related dismissals at the Chinese-owned mines, the workers union representatives also outlined several other abuses such as being dismissed for unclear reasons; lack of safety and poor working conditions at the workplace; lack of protective clothing, and poor salaries.

“They can tell you to go back to the gate, and the reason could be that they want to downsise the work force,” one worker’s representative from Zhong Jian said.

“They just do this without any documentation and all these unjustified dismissals don’t go through the human resources (HR) department,” a ZZCC representative added.

Frustrated workers said even the HR departments had no power to confront their superiors.

“They tell us that the Chinese have the final say so they can’t question any abuse related to assaults, dismissals and poor salaries,” a workers’ representative said.

Workers at Zhong Jian said such cases were common at the mine, which supplies the Zimbabwe Power Company (ZPC) with coal.

“We are routinely assaulted for failing to understand instructions that are issued in Chinese,” said one employee.

“Even our fathers were not treated this badly by the colonialists.”

A Zhong Jian driver, who spoke anonymously out of fear of victimisation, said their income was not reflective of the profits the business enjoyed selling coal to ZPC.

“When it comes to the ZPC, normally our shunting department has 23 trucks per float and each truck has a capacity to carry 23 tonnes which are sold at US$33 each, which means that we receive US$ 759 per truck load,” the driver said.

“So the profits are huge especially considering that we have three eight hour shifts per day, but they are failing to pay us accordingly.”

For instance, the National Employment Council (NEC) for the mining industry stipulates that the least paid workers in grade one should be paid US$ 192.28 and ZW$ 12 000, but an investigative survey among the workers in this grade showed they are paid between $30 000 and $35 000 with a foreign currency component of US$50 which only started last month in April.

The workers at both mines, Zhong Jian and ZZCC situated 4.5 kilometers from Lukosi Turn-off along Bulawayo – Victoria Falls highway claimed that they were not provided with adequate personal protective equipment (PPE) as they were issued with one work suit and a pair of shoes twice a year, which they said were of poor quality and only last them six months.

Kurebwa Jabangwe Nomboka, National Mine Workers Union of Zimbabwe president, said the grievances of workers at Zhong Jian and ZZCC were common among Chinese – owned mines across the country.

“We have had to deal with the resistance by the Chinese employers who do not want to adhere to our labour laws by addressing the issues at NEC level where we have pending cases awaiting redress,” Nomboka said.

“The problems we are facing with regards to violation of labour rights include non-remittance of trade union dues, arbitrary dismissals, non-payment of allowances, and underpayment of wages and non-payment of the US dollar portion of wages by companies like Zimberly Mine, ZZCC and Dinson.”

He said the situation was worsened by interference from Zanu PF officials, who negotiated with Chinese mine owners to pay wages that were lower than the gazetted minimum wage.

Nomboka said mines routinely scrapped contracts of employees, who complain of ill-treatment as they took advantage of the high unemployment rate in Zimbabwe, which means they can easily replace workers.

“When my paralegal visited NEC mining to register the cases, he was told that some of the employers do not even bother to attend hearings as they have total disdain for our labour laws,” he said.

“They behave as if they have been granted special immunity to our labour laws.

“So as much as we might want to see compliance and treatment worthy of human dignity from these Chinese employers, more needs to be done given the fact that our government is not doing anything to stop them from their malpractices.

“The only remedy available to us is to expose these irregularities at the international level so that it is Zimbabwe, which will be censured for such violations.”

At Zhong Jian, a Chinese official who identified himself as Michael said he was not interested in discussing any affairs of their company.

“Why do you keep troubling us?” the official answered through their mobile number offered on the company’s website.

“What is your matter, I am not interested in talking to you and what Zhong Jian does, please leave me alone.” he said before abruptly ending the conversation.

The ZZCC telephone lines were not answered on several occasions.

Mines and Development minister Winston Chitando encouraged workers in the mining sector to report all forms of abuse to their districts and provincial labour and mines offices for the government to take action.

“Sometime last year government launched what we called the Responsible Mining Initiative and it was a new initiative that was adopted by Cabinet where it became a requirement for all mining companies to take place in compliance with the laws of the country be it labour laws, marketing of products in formal channels, immigration laws and all the laws of the country,” Chitando told The Standard.

“Now having said that, if there are any incidents of that nature, they should be brought up to government and to my ministry and they should also report to the Ministry of Labour as they have structures, which stretch to provincial and district labour, mines and public relations officers who will act where cases of this nature have happened because they are unacceptable as all mining should take place in compliance with various laws of the country and if they are reported, necessary action will be taken.” 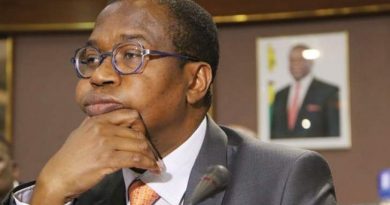 Mthuli Ncube: How Zimbabwe will use its US$961 million IMF windfall 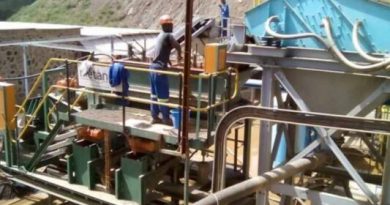 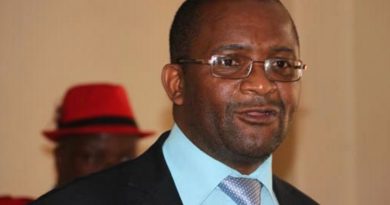