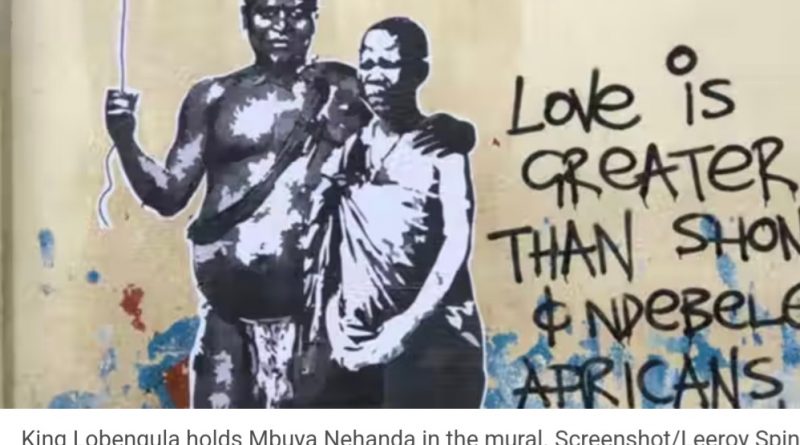 The Shona and the Ndebele  are Zimbabwe’s two most dominant ethnic groups. Explaining the ever-present tension between them, historian Sabelo J. Ndlovu-Gatsheni points to  the abuse of the post-colonial state by the ruling Shona-dominated government “in its drive to destroy Ndebele particularism”.

He explains, “This sets in motion the current Matabeleland politics of alienation, resentment and grievance.”

This continued marginalisation of Matabeleland (a region in southwestern Zimbabwe inhabited mainly by the Ndebele people) by the Zanu-PF-led government has rendered Zimbabwe so fragile a nation that even a street mural can expose its disunity.

The mural in question borrows two historical figures – King Lobengula and Mbuya Nehanda – to express the possibility of unity between the two dominant groups. How the mural was dealt with is the subject of this analysis.

The mural that caused the trouble

Over the weekend of 22 January 2022 a mural appeared at the Corner of Fife Street and 8th Avenue in Bulawayo, Zimbabwe’s second largest city and the main city of Matabeleland.

The mural was by Leerov Spinx Brittain, popularly known as Bow (black or white).

By the afternoon of the 24th, the city’s municipality had erased it.

King Lobengula is portrayed with an arm around the shoulders of Mbuya Nehanda, in life-sized images resembling popular archival reproductions of them. In his other hand Lobengula is holding a heart-shaped balloon instead of his usual spear.

Bulawayo deputy mayor Mlandu Ncube is reported  to say that the artist had not applied for permission and creating a mural without the city’s licence could attract a hefty fine or jail time.

The artist was calling  on Ndebeles and Shonas to begin a dialogue and unite.

According to online comments and news articles articles some found the mural disrespectful and offensive – because of the contentious matter of the Gukurahundi massacres.

Gukurahundi refers to an ethnic cleansing atrocity which claimed up to 20,000 lives in Matebeleland and parts of Midlands in the 1980s.

British author Hazel Cameron claimed that the massacres were committed under the watchful eye of the British government eager to safeguard its significant economic and strategic interests in Southern Africa.

To this day, Zimbabwe’s leadership refuses to publicly acknowledge and address the massacres, with Mugabe once referring to them as a moment of madeness.

I would argue that the unaddressed atrocities have left Zimbabweans failing to collectively embrace and appreciate even a harmless but constructive expression of art. As long as Gukurahundi continues to be ignored by the state, Zimbabweans will not find common ground.

Who were Nehanda and Lobengula?

The Nehanda in the mural is Charwe Nyakasikana.

For her role in the 1896-7 First Chimurenga Uprisings, she was hanged.

To emphasise her importance, the ruling regime erected her statue in Harare last year.

A son and successor of King Mzilikazi, founder of the Ndebele Kingdom, King Lobengula ruled the nation from 1868 to the 1890s when his kingdom succumbed to the British.

He was never captured.

In polarised Zimbabwe, some Shona people blame him for signing the Rudd Concession.

This paved the way for the colonisation of the country.

To this day Shonas and Ndebeles identify with these figures, who they never met in the flesh.

This is the first major controversy around murals and graffiti in the country in years.

Sometimes municipal authorities don’t erase work at all, despite it being created without permission.

This is the case with Basil Matsika’s murals in Mbare.

It is the state-sanctioned public art, mostly statues, that tend to attract controversy.

Issues of patronage and who commissioned the work are crucial in determining whether it survives a critical and public onslaught.

In 2010 people were generally unhappy when the government commissioned the North Koreans for a pair of statues of Joshua Nkomo for Bulawayo and Harare.

Nkomo was a nationalist and revolutionary leader of the Zimbabwe African People’s Union (Zapu), which fought alongside (now ruling) Zanu in the country’s liberation struggle.

Ndebele people in particular were incensed that Pyongyang had a hand in training the Fifth Brigade, a section of the Zimbabwe National Army responsible for unleashing Gukurahundi.

Zimbabweans were also unhappy that no local sculptor was assigned to do the work.

Last year, the government withdrew the first statue of Nehanda after a public outcry.

The youthful, large-bottomed depiction of Nehanda went viral on the internet.

The artist, David Guy Mutasa, was given a chance to amend his mistakes.

The Nkomo and Nehanda statues went ahead because they were political posturing from the government, disguised as cultural revival initiatives.

The same cannot be said of Bow’s mural as an independent initiative.

The artist has worked with advertising company CaliGraph to create murals of other figures like musician Sandra Ndebele and socialite Mbo Mahocs and these have not been removed.

This would indicate that the authorities embrace his work as long as it is about aesthetics and not politics.

Alongside the likes of Black Phar-I, Aero5ol, Kombo Chapfika, the Bulawayo-based Bow is part of a new breed of street artists.

He is reported saying he was raised by a Ndebele grandmother and a Shona grandfather, which makes it difficult to assign him an ethnic group unless he identifies with one.

This makes him a neutral observer in the socio-political divide. Driven by his desire to see a more united Zimbabwe, Bow promises to do more poster art and murals that call for unity between the Shona and the Ndebele.

This will continue challenging the status quo and initiating dialogue around the country’s history.

Instead of the mural brewing a fresh tribal storm or creating a bitter debate – as highlighted in articles in The Standard and Okay Africa – I argue that Bow’s piece reminded the nation how polarised it has always been.

And the jail threats of the deputy mayor would certainly deter graffiti artists who desire to address contentious political matters that rattle the state.

As long as the government continues to stifle freedom of expression, artists who do street art and graffiti are in danger of limiting their expression to commissions for social campaigns. – The Conversation

*Barnabas Ticha Muvhuti is a Ph.D. candidate in Art History in the NRF SARChI Chair program in Geopolitics and the Arts of Africa, Rhodes University. His Ph.D. research is partly funded by the Rhodes University African Studies Centre through its funding from the DFG, the German Research Foundation under Germany ́s Excellence Strategy, funding number EXC2052/1 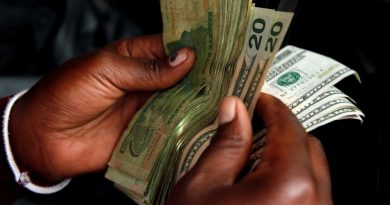 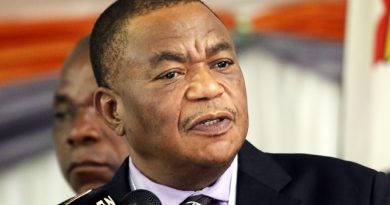 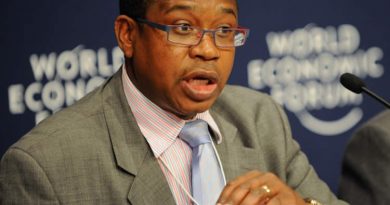 Ncube sets aside $3.7 billion for tourism and environment in 2022