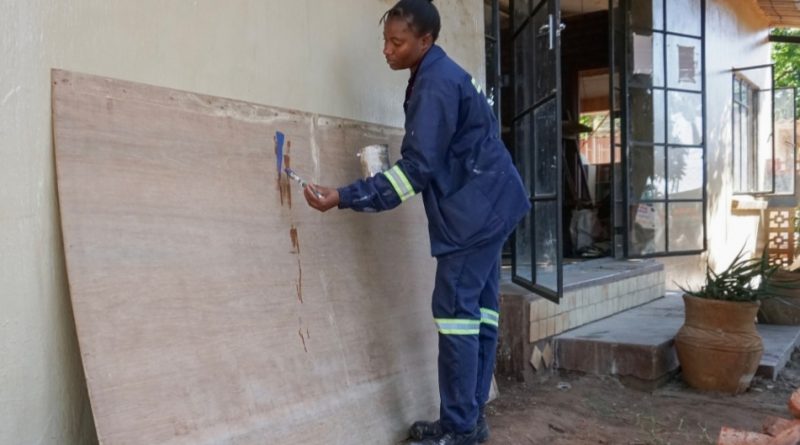 Last year, Charity Nyoni walked by a group of men who were painting a house and asked if she could help.

When she insisted, the team’s leader agreed to let her join them the next time.

“When I arrived at the said place, the men were shocked,” Nyoni says.

“I held a paintbrush for the first time in my life, I enjoyed it, and I have never looked back.”

In Victoria Falls, a global tourism destination  and one of Zimbabwe’s fastest-growing cities, more women are seeking jobs in the construction industry than ever before.

This generational shift has accelerated due to the pandemic, which led to half a million Zimbabweans having at least one family member losing a job, especially in the travel and hospitality sectors, according to a World Bank analysis.

Women like Nyoni, a single mother who used to work as a waitress in a hotel, began to take a closer look at construction work to support their families.

It had previously seemed off-limits due to gender-based cultural expectations. But necessity and determination prevailed.

By the end of this year, Nyoni will have completed two journeyman courses, 12-month construction training programmes offered by vocational centers, and hopes to have her own painting company up and running.

“Not having professional qualifications in the construction field has affected me because I have lost opportunities to work with big companies as I do not yet have the qualification certificates to show I have trained for the job,” she says.

In 2019, the percentage of women working in construction was 2.7 percent in Ghana, four percent in Tanzania and 4.5 percent in Uganda, according to the International Labour Organisation.

Yet as the pandemic and generational shifts have inspired even more women to break down gender barriers and find work as painters, bricklayers and mechanics, Nyoni says most men still tell them they should be focusing on more traditional household duties.

Taruvinga Dzokamushure, general secretary for the National Employment Council for the Construction Industry, a trade union, says there are “no women joining the industry” and that employment numbers across the country are trending downward.

But local construction officials in Harare, the capital, and Victoria Falls say they see growth, which they predict will be reflected in the next round of census data, based on information collected in May and scheduled for release later this year.

Out of 500 active members, 38 are women — all except one added just in the past year.

During that same period, only 30 new men joined the association, he adds.

“In May last year, we set up a women’s desk within our organization as a way of mainstreaming gender in the male-dominated construction industry,” he says. “From having one woman on that desk when it was set, we currently have 38 women.”

Membership in the association is voluntary but comes with access to networking and training benefits, Tsavarai says.

Beyond encouraging women to join, the women’s desk lobbies for government funding for their training and equipment needs and offers programmes to educate teenage girls and college students about construction-related career paths.

Kuda Hove, a single mother, first entered the field when she decided to build her own home.

Hove works for her family’s medical supply company, which requires traveling outside Zimbabwe to meet with customers.

When the coronavirus hit, she got stuck in Australia for six months.

Realising she could not cross international borders easily anymore, and with her finances dwindling, she decided to focus on building a home for herself and her two daughters, now aged 12 and 14.

“I was renting a house, but I had already bought a piece of land to build my house,” she says.

“I realised to save rental money I had to start building my house, and that is how I got into the construction industry.”

Like Nyoni, Hove began learning the trade through hands-on experience: managing workers, identifying and buying building materials, and figuring out the needs of different parts of her house.

“I have to learn fast,” Hove says. “I was cheated several times before finding trustworthy workers and suppliers.”

While working on her third project in January 2021, she set up her own construction business, Lewa and Company, that employs 17 men and three women.

“Covid-19 made people think of creating ways of survival and unexpectedly created opportunities for women in the construction field,” Hove says.

“However, because of job losses, men are also after the same opportunities, and in most cases construction companies prefer to hire men.”

Women can also be their own worst enemies, she says. “As women we are perfectionists, and at times that can work against you in such environments as you are likely to be isolated when you raise concerns such as issues of health and safety at the workplace.” 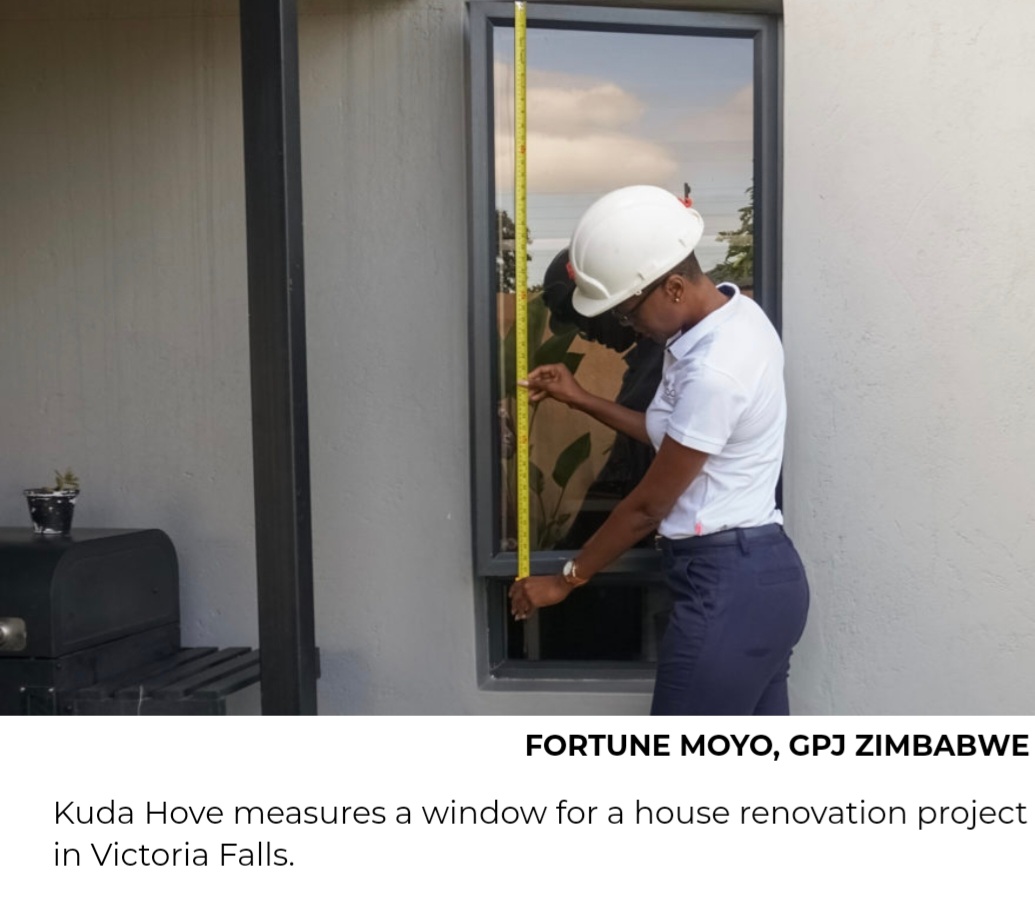 Laura Tofts, who specialises in coating and has a warehouse in Harare, says she has also observed more young women, fresh out of school, seeking employment as electricians, plumbers, painters and bricklayers.

“The facts and stigma about women being less strong are dying, and this power shift will naturally play out with time,” she says.

Men in the industry have various opinions about more women joining their trades. Reginald Mutsvakiwa, a builder for the last 15 years in the Victoria Falls region, says although more women have joined the construction industry, it remains men’s work.

“Construction in itself needs lots of manpower,” says Mutsvakiwa. “Physically and biologically, it is difficult for women.”

But Blessing Sunday, who has worked in construction since December 2020, says it is admirable that women like Hove, a family friend, are applying their skills.

“The construction industry is very broad, so I do not see why women cannot join the industry,” he says.

Hove says she is increasing her collaborations with women and expanding her business to include a showroom to display and sell materials.

It’s important for women to help each other grow professionally, she says, whether through taking courses or by learning on the job.

“There are a lot of women out there who have no skills,” she says, “but have strength and can have a profession in this industry.” – Global Press Journal 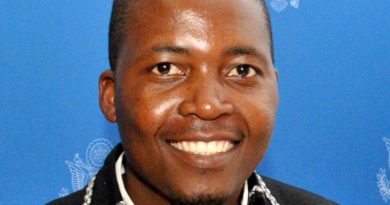 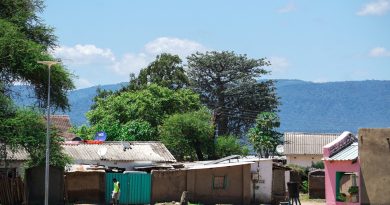