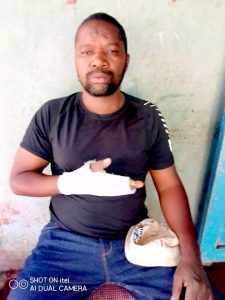 Zimbabwe Parks and Wildlife Management Authority (Zimparks) shot and injured a Hwange fish poacher and claimed that he tried to attack them with a kitchen knife.

Claudius Mhlanga (47) was arrested on September 12 at the confluence of Deka River in the Siankali area after his hand was ripped apart by a gun shot.

Mhlanga was acquitted by Victoria Falls resident magistrate Lindiwe Maphosa this week after a full trial with the court ruling that the two Zimparks rangers that testified gave contradictory accounts of the incident.

Prosecutor Asher Chindedza said on the fateful day at around 1 PM, the victim was found fishing without a permit by four rangers who were on patrol.

Mhlanga was accused of arming himself with a silver kitchen knife and charging towards one of the rangers Prosper Muleya, who was armed with an AK47.

In the first count, he was accused of unlawfully using fishing nets and fishing rods to catch fish without a permit.

The second charge related to accusations that he charged towards Muleya intending to stab him and the third charge was for possession of 50 grammes of cyanide poison.

During cross examination by Chindedza, Muleya and his colleague were quizzed about how Mhlanga was shot and circumstances leading to the discovery of the cyanide.

On the cyanide, the rangers gave contradictory answers with one of them saying he saw what looked like salt in Mhlanga’s bag.

Mhlanga denied possessing cyanide, arguing the poison was planted in his bag by the rangers as he was only shown the substance at the Matetsi police base after he threatened to sue.

He also denied resisting arrest saying he only tried to run away as a reflex action after seeing the rangers, but when he realised that they were armed, he stopped.

Mhlanga said he raised his hands to surrender, but was shot on his hand from the back and the bullet ripped out one of his fingers.

In court it was revealed that the accused was shot by one ranger identified as Kwejani Ncube whom the witnesses said fired three warning shots.

The rangers said Mhlanga was hit by the fourth shot as he charged at Muleya as a way to disarm him.

Mhlanga only admitted to possessing fishing rods and not nets.

He said the 29, 28 kilogramme of fish he was found in possession of belonged to a big group he was arrested with on the day.

The other fish poachers pleaded guilty and were convicted, the court records showed.

In her ruling Maphosa said the state witnesses failed to give consistent accounts of what transpired during Mhlanga’s arrest.

“The evidence led by the state with regards to count two is incredible and cannot be believed by this court,” the magistrate said.

“The description of the two state witnesses that one man armed with a kitchen knife was advancing towards one of them to attack could actually qualify as an episode in an extremely fictitious movie or a comedy.

“The evidence of the state witness in this regard is not true and inconsistent with the injuries sustained by the accused.

“The accused’s version is reasonably possible when he says he tried to run, but he was shot when he tried stop as he was shivering, he lifted his hands in surrender.

“I find it that at no point did the accused resist arrest and if he had been advancing with a knife in his right hand then the injury would definitely not be at the back of the hand protruding to the palm.

“There are consistent descriptions the accused, which say he was surrendering with his hands up and was shot from behind and the bullet perforated to the inside, therefore, that charge falls away.”

On possession of cyanide, Maphosa said she believed Mhlanga’s account.

“I will believe the version by the accused person, which need not to be true but reasonably true because the first witness in this evidence seemed to want to distance himself from answering until the prosecutor had to stop him from his meandering answer,” she said.

Maphosa added: “This court confidently proves that the state cannot prove this charge beyond reasonable doubt, therefore, the accused is found not guilty and acquitted.”

Mhlanga was, however, found guilty in the first count and he was handed a fine of $10 000 or three months imprisonment if he does not pay by November 1.

The other three months were set aside for five years on condition that he does not commit any similar offense.

Maphosa ordered that Mhlanga must be given back his knife while the fish and cyanide were forfeited to the state. 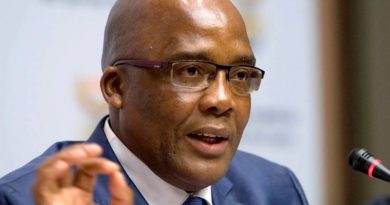 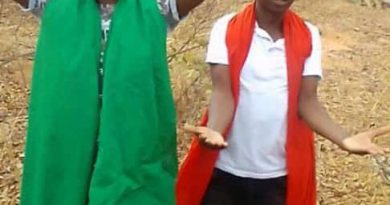 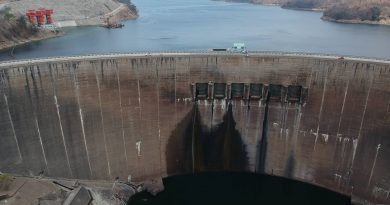 One thought on “Rangers shoot Hwange fish poacher, claim he tried to stab them”