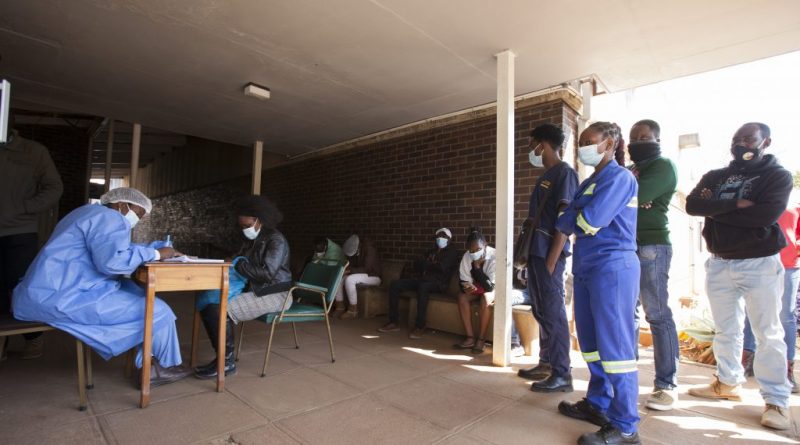 More than a month ago, she lost her parents, brother, and wife, to the coronavirus.

Then her fiancé battled Covid-19, but 27-year-old Melinda Gavi said she had not contracted the disease.

Gavi joined crowds scrambling to get vaccinated at Parirenyatwa hospital in the Zimbabwean capital Harare even though she was previously sceptical about getting vaccinated against the dreaded disease.

Her parents, brother, and wife were equally sceptical of the Covid-19 vaccines before they were visited by the disease, which eventually claimed their lives.

In a country of about 15 million people, nearly 5.5 million have had at least had one dose of the vaccine the Reuters Covid-19 tracker, which assuming that each person needs two doses, represents 18.8% of the population.

The World Health Organisation (WHO) confirmed in October that Zimbabwe had received 943 200 COVID-19 vaccine doses from the global Covax facility in September and October for its ongoing vaccination campaign.

IPS has been following the rollout of the vaccines in various centres over the past few months, recording people’s personal experiences in the queues.

Gavi says it has taken her days to get vaccinated.

“This is my third day coming here at Parirenyatwa to try and get vaccinated,” Gavi told IPS as she stood in a long and meandering queue at Zimbabwe’s biggest hospital.

About 200 people gathered at the back of the hospital, some looking tired as they lingered in the queue.

Some sat on the pavements and or flower beds, waiting for their turn to get vaccinated in the slow-moving queue.

“We have limited vaccines, and often on a day we are vaccinating just 80 people and everybody else often just goes back home without getting vaccinated,” a nurse who refused to be named as she was unauthorised to speak to the media, told IPS.

In February this year, Zimbabwe began vaccinating its citizens against coronavirus after receiving a donation of 200 000 doses of China’s Sinopharm vaccine.

But when the vaccine first arrived, it was met with growing scepticism from social media platforms like WhatsApp, Twitter, and Facebook, which fuelled the vaccine hesitancy.

This is no longer the case. Now healthcare workers have to battle hordes of people scrambling for the vaccine.

“With time, as more and more people got vaccinated without severe safety fears, the public became more assured, and demand for vaccines gradually started to rise,” said epidemiologist Dr Grant Murewanhema in Harare.

In Bulawayo, on July 8, in the presence of IPS, at the United Bulawayo Hospital, a nurse moved along the queue of people waiting to get vaccinated, counting up to 60 recipients.

She told the rest to return the next day.

She told them she only had enough vaccines for 60 people.

At number 60 was 47-year-old Jimmy Dzingai, who said he was a truck driver.

“Oh, better, at least I am going to get vaccinated,” said Dzingai then as he heaved a sigh of relief, folding his hands across his chest.

Meanwhile, as they were told to leave, others did so but grumbled as they filed outside the hospital, some waving their face masks in anger, shouting at hospital authorities for turning them away.

“This is not the first time I am coming here to try and get vaccinated. I have been here four times, and this is my fifth day starting mid-June – only to get excuses,” 54-year-old Limukani Dlela, a man who said he lived in Matsheumhlope, a medium density suburb in Bulawayo, told IPS saying that at times the excuse was that there not enough vaccines available and at other times there were a limited number of vaccines.

Corruption and nepotism have characterised this Southern African country’s bitter war against Covid-19, and many people like Dzingai, the truck driver, have not been spared by the rot.

As Dzingai stood at the end of the queue, four middle-aged women strode past him and all others, going straight to the head of the queue and quickly got vaccinated and left.

According to one of the nurses who manned the queue, “the four were staff members and couldn’t wait in the queue like everybody else.”

The nurse said this even though the four women, after receiving doses, immediately left the premises just like any other ordinary person.

“I was talking to my bosses right now, and my truck has been loaded for me to take the delivery to Zambia,” he said.

“I have told my bosses I was getting my vaccine. Instead, you are telling me I’m not going to be vaccinated.

“You should get water to inject me and give me the vaccine certificate.

“I will not leave this place without the vaccine,” swore the truck driver.

But the nurse would have none of it.

“You won’t be vaccinated today. That won’t happen, unfortunately,” she said.

Dzingai vowed to stay put at the hospital until he was vaccinated, but because the four women who jumped the queue and got vaccinated before him, it meant he (Dzingai) and three others who had waited at the end of the queue had to leave without the jab.

With many Zimbabweans like Dzingai now eager to get vaccinated, the government has so far authorised the use of China’s Sinovac and Sinopharm, Russia’s Sputnik V, and India’s Covaxin and the United States’ Johnson and Johnson vaccines.

It has not, however, been easy for people to get the doses.

Now bribery has become the order of the day at Zimbabwe’s hospitals like Sally Mugabe Referral hospital in the capital Harare.

Lydia Gono (24), from Southertorn middle-income suburb in Harare, said she had to ‘switch to her purse’, which is local parlance for a bribe, to get quickly vaccinated at Sally Mugabe hospital, the closest medical facility to her home.

“I spent close to a week trying to get vaccinated here without success, but today I just rolled a US 10 dollar note in my hand and shook the hand of a nurse who manned the queue, leaving the note in her hand.

“I was taken to the front and vaccinated without any delay,” Gono told IPS.

Tired of the corruption and nepotism and the delaying tactics characterising the vaccination process at public healthcare centres, many middle-income earners like 35-year-old Daiton Sununguro have opted for the private medical centres to get their vaccines parting with US$40 for a single dose.

“Paying is better than having to wait for many hours before getting the vaccine at public healthcare facilities. I will still come back and pay the other US 40 dollars for my second dose,” Sununguro told IPS at a posh private medical facility in Harare’s Mount Pleasant low-density suburb. – IPS 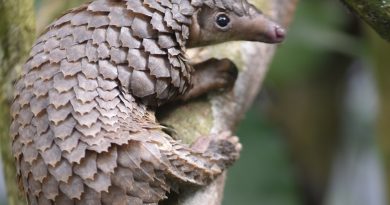 US$100 gift for Hwange man who saved pangolin 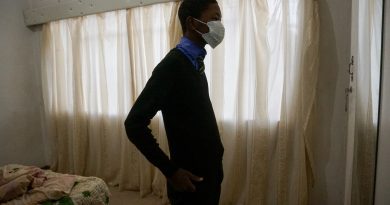 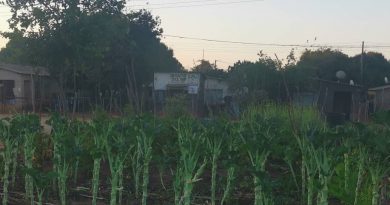