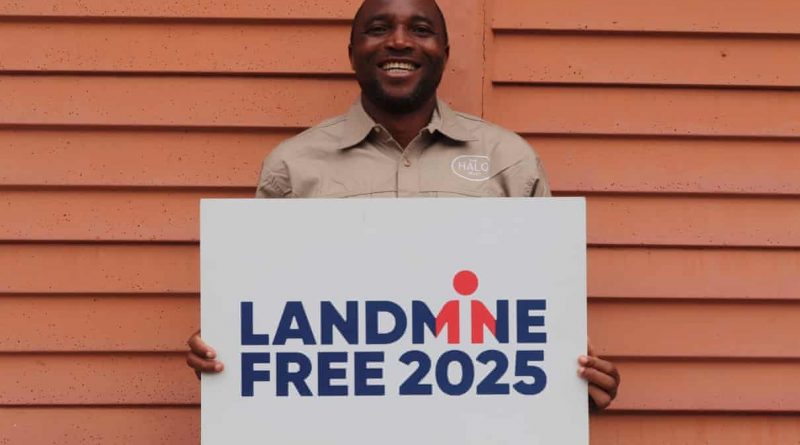 A Zimbabwean man who helped clear hundreds of landmines from the Falkland Islands has urged Britain not to go ahead with cuts that would see the government pull funding from his home country just as it nears “mine-free” status.

Cuthbert Mutukwa (42) left his family in Zimbabwe to work for two years de-mining the Falkland Islands, the British overseas territory that was peppered with about 13,000 mines by Argentinian forces during the 1982 war.

The Falklands were declared “mine free” in 2020 after Mutukwa and other Zimbabwean de-miners worked in tough conditions to rid the islands of the explosive devices. Mutukwa, an employee of the Halo Trust, says he cleared 218.

But, if planned cuts to the aid budget are carried out, UK funding for clearing mines and unexploded bombs around the world is expected to drop by about 75%, from £100m to £25m.

Projects such as the Halo Trust’s work in Zimbabwe will have to be drastically reduced in size, and Mutukwa and his colleagues will face redundancy, even as they near their goal of ridding the country of landmines by 2025.

“When I heard of this cut I was sad because here we are living under threat of landmines,” said Mutukwa, speaking from Harare on Friday. “So what I feel is: can [the] British government finish this de-mining programme in Zimbabwe?”

The decision to axe the mine clearance budget, first reported by the Times on Thursday, was taken by Dominic Raab, who was replaced as foreign secretary last month by Liz Truss in Boris Johnson’s cabinet reshuffle.

James Cowan, CEO of the Halo Trust, said he hoped Truss would “show some political leadership” and reverse the cut. “Hopefully sense will prevail, because this is not a reasonable cut under any circumstances and it will have a profound effect on people’s lives,” he said.

Mutukwa, who has worked for Halo for eight years, knows that only too well. His work in Zimbabwe has involved clearing areas close to schools, and he has known at least one school pupil to have died from inadvertently stepping on a landmine.

“The schoolchildren were under threat of landmines, crossing the minefields every day going to school and coming back from school,” he said. “The community nearby was also under threat. So, by clearing the landmines, the lives of the children and the community were saved.”

Zimbabwe is one of the most heavily mined countries in the world, with dense zones of landmines laid by the former Rhodesian regime along the country’s borders with Mozambique and Zambia during the liberation war in the 1970s.

The Halo Trust estimates that these unfenced minefields have killed or injured more than 1,500 people since independence in 1980.

In contrast to the Soviet bloc landmines that are found in many parts of the world, the mines in Zimbabwe are largely South African-made and “very sophisticated”, said Cowan. “They’re made of plastic. They are hermetically sealed so they don’t have any water ingress, and therefore they don’t corrode, and therefore they remain as lethal as the day they were laid.”

I a statement , Darren Cormack, CEO of the Mines Advisory Group (Mag), said: “To cut all funding to Zimbabwe seems especially unjust in light of the fact it was Zimbabwean de-miners who helped the UK to make the Falkland Islands landmine-free just a year ago.”

The Foreign, Commonwealth and Development Office was approached for comment. – The Guardian 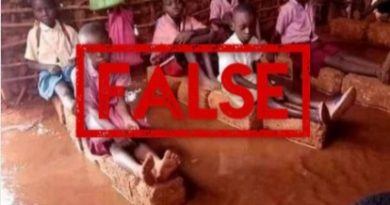 Picture of a flooded classroom was taken in Kenya, not Binga 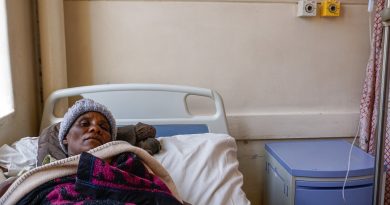 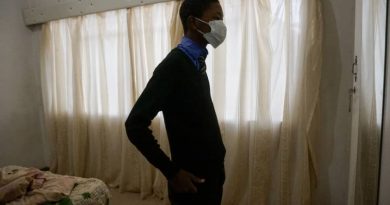