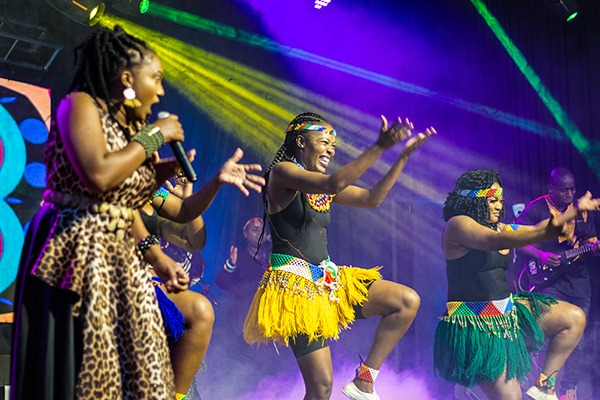 Born at the Bulawayo Arts Festival 2021, the musical production ‘Songs of Lozikeyi’ – a collaborative effort featuring highly rated artists from Bulawayo – stole the show at the annual festival and is now headed to the studio.

An initiative of Nhimbe Trust, Songs of Lozikeyi celebrates the powerful Queen Lozikeyi Dlodlo, senior wife of the great King Lobengula, and later queen regent of the Ndebele people; warrior queen of the 1896 Anglo-Ndebele war, champion of women and justice.

With vibrant performances in song, dance and poetry, the festival production featured 21 acclaimed artists from Bulawayo, working together to create a vivid musical tribute and celebrate the life and history of the great Queen.

Guided by the writings of acclaimed Bulawayo historian Pathisa Nyathi in Lozikeyi Dlodlo: Queen of the Ndebele and other research, the production was written by Noma Damasane aka Lady Tshawe and Thabani H Moyo, conceptualised and directed by Mambazo Phiri, with Josh Nyapimbi, executive director of Nhimbe Trust as executive producer.

The recording is under the hand of engineer Erustus Nleya of Loud Records and Prince Joel Nyoni.

Nyapimbi said “It feels great to get back into the studio for Nhimbe Trust’s second music studio recording after the 2017 Blood Tongue: The Musical.

“This time it’s the Songs of Queen Lozikeyi, working with some of Bulawayo’s finest musicians.

“We believe the music will cut a niche for itself on the world stage both live and digitally.”

Featured in the six-track recording is the song Halala Lozikeyi by Nkwali, which was commissioned by the Queen Lozikeyi Trust, set up by her descendants to preserve her legacy.

The song salutes the queen with evocative lyrics, a fitting tribute.

Sihlangu Dlodlo, chairman of the Queen Lozikeyi Trust, said: “As the Lozikeyi Trust we believe that this is the time now to celebrate the Queen as a national icon, a national heroine, and to use her name to motivate young women, especially from the disadvantaged sectors of our society to stand up and be counted; to draw some inspiration and motivation from who Queen Lozikeyi was, because she stood up when the king had disappeared and took leadership and pushed people to achieve something.

“So this is the kind of thing we expect, we expect our young people and especially young women to stand up and be counted and not to be intimidated by circumstances.

“Songs of Lozikeyi was a brilliant show… first of all the artists selection was very special because and Thandy Dhlana and Noma Nkwali are some of the best voices we have around. \

“Their music is slightly different but very complementary, so this enabled the music of Lozikeyi to have that necessary variety.

“The dancing was fantastic, I think the young choreographers did a splendid job in managing to capture the mood of the songs and the story of the songs.

“For me the balance was well done and the whole thing came together to present the strength and the focus that is the story of Queen Lozikeyi herself. I say “Hats off!” for a job well done”. 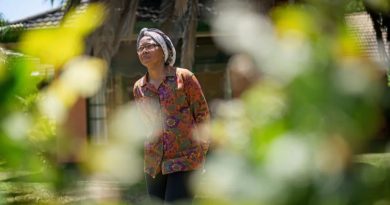 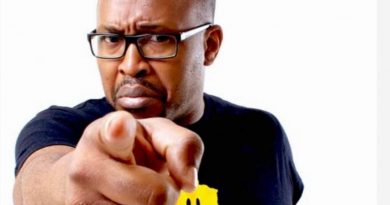 Carl Joshua Ncube cooking up a storm in Victoria Falls 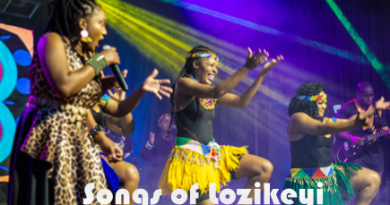 ‘From Bulawayo to the word’: Songs of Queen Lozikeyi set for Dubai showcase